Dr John Matthews was recently awarded the Member of the Order of Australia Award for significant service to dentistry through professional associations, and to education. 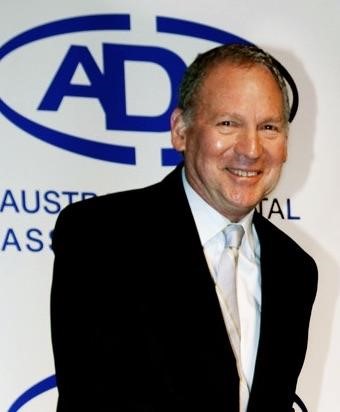 John’s involvement with community health began when he joined the ADA Dental Health Education Committee after obtaining his master’s degree in Dental Prosthodontics in 1969.

“What issues we had! Fluoridation, mouthguards, school canteens and a new view of oral hygiene once the role of dental plaque was ‘discovered’.”

The committee developed health teaching strategies for primary and secondary schools with the help of Wal MacDougall, a generous grant from the Federal government, and the advice of teacher Alan Patterson. Plaque disclosing tunnels were also set up in schools to assist with early detection.

During this decade, John also lectured on preventive dentistry and researched health funds.

“In those heady days, most of the funds were not-for-profit, benevolent institutions. We held joint meetings with them at the Branch headquarters. This led to my joining the Schedule committee and co-writing four editions.”

Joining the National Health and Medical Research Council working party at the height of the HIV-AIDS crisis in the ‘90s, John worked on the development of universal infection control guidelines.

“Our adoption of these guidelines has stood us in good stead in these COVID-19 times.”

John also highlights the difficulties faced in securing funding for dental care through the decades. As a Federal councillor, he sat on the Healthy Mouths Healthy Lives writing group, a project which the Federal government gave little support to.

In 2005, John and several others formed the National Oral Health Alliance (NOHA). The following year, the association took their case to Canberra, and were met with 200 interested people. NOHA was addressed by the Minister for Health Tony Abbott, Shadow Minister Nicola Roxon and the leader of the Greens Bob Brown.

“We lobbied politicians that day and got a scheme from the government...which Labor abolished as soon as they came to power.”

From 2008-2009, John served as the Federal President of the Australian Dental Association. John credits the hard work of the CEOs and their staff at the branches and federal body for ADA’s successes.

“There is a skill in learning to get the best out of volunteers and committees.”

Of his experiences working in dentistry and dental education, John cites forming the writing group that produced the first Therapeutic Guidelines as one of the most enjoyable ones.

“We had asked the dental schools to send their experts in therapeutics and they delivered. The writing group for the first two editions lectured extensively in Australia and New Zealand and I formed some lifelong friendships.”

“In fact, looking back, it is the generosity of our members to give their time freely to help the profession that stands out.”

Currently, John remains on several committees and sits on the board of the Melbourne Dental Clinic.