In 2009, Dr Glenn Walker (BDSc 1982, MDSc 1990, PhD 2001) and Laureate Professor Eric Reynolds AO (BSC Hons 1972, PhD 1978) demonstrated that proteases called gingipains of the periodontal pathogen Porphyromonas gingivalis penetrated the gingival tissue of patients at sites of severe periodontitis. The gingipains were localised by intense immunostaining to areas of severe disruption of tissue architecture. The work was published in the US journal Infection and Immunity in March 2009.

Professor Stephen Dominy, affiliate researcher at the University of California, San Francisco and Chief Scientific Officer of Cortexyme, an organisation leading in developing treatments for Alzheimer’s, read the publication and contacted Professor Reynolds as he saw similarities in the gross tissue disruption of periodontitis and AD.

This led to a collaboration in which Professor Dominy sent brain sections, healthy and AD afflicted, to Melbourne for Dr Walker and Professor Reynolds to look for the presence of the gingipains.

Using these brain sections and specific antibodies against the gingipains, the researchers demonstrated the presence of the gingipains in the hippocampus of the AD patients but not in the healthy controls. The hippocampus is a brain area important for memory.

These initial results resulted in a major collaborative multi-site research program involving the United States, New Zealand and Australia. The results of this research program confirmed the initial results obtained at the Melbourne Dental School and showed the presence of gingipains in up to 96 per cent of brain sections of 54 AD patients. The research also demonstrated that in mice, oral infection with P. gingivalis resulted in gingipains in the brain and the classic histopathology of AD in humans.

This work was recently published in the prestigious journal Science Advances, with Dr Walker and Professor Reynolds as co-authors. The findings received extensive media coverage around the world. A New Scientist article published 30 January 2019 explained “We may finally know what causes Alzheimer’s - and how to stop it.” Learn more 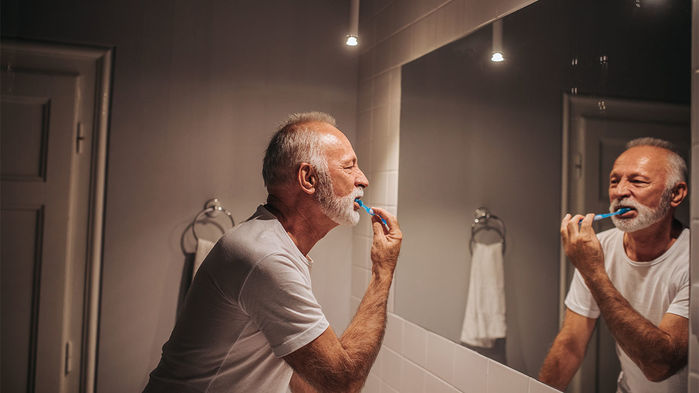