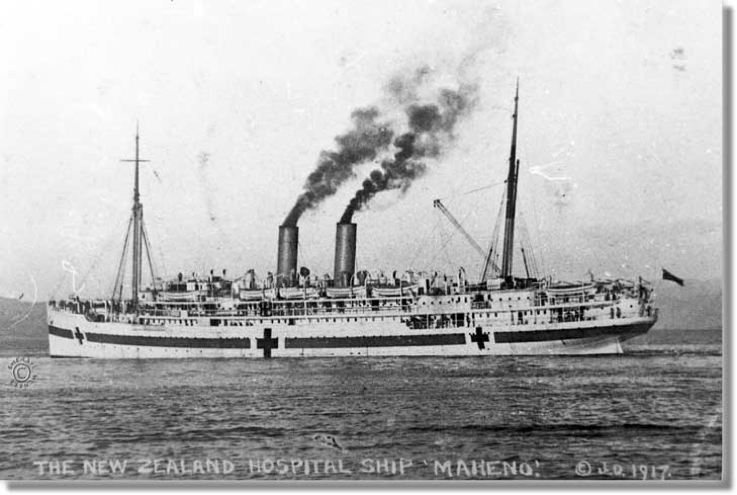 The rusting ship wreck sitting on Queensland’s Fraser Island’s Seventy Mile Beach is recognised and well known by many who venture to the sand island for fishing and relaxation. Sitting below the high tide mark since 1937 when it drifted onto the island, it has become a permanent landmark of the local region.

However, few tourists know the history behind this wreck. It is a history that links Australia and New Zealand with the Anzacs at Gallipoli and Europe. The wreck has also connected my family with Dr Ross Bastiaan AM RFD. Ross is a University of Melbourne alumnus and periodontist in Melbourne. Ross has placed over 270 large bronze commemorative information plaques in over 20 countries around the world. These plaques, often bilingual and with a central sculpture, explain Australia and New Zealand’s role in military conflicts over the past 120 years. Not surprisingly, much of his work includes negotiating with relevant communities and governments at all levels together with raising over a million dollars of funding.

The shipwreck on Fraser Island is of the TSS Maheno. The TSS Maheno was owned by the Union Steamship Company of New Zealand and more significantly, it was the NZ Hospital Ship TSS Maheno (HMNZHS No 1) in WW1. 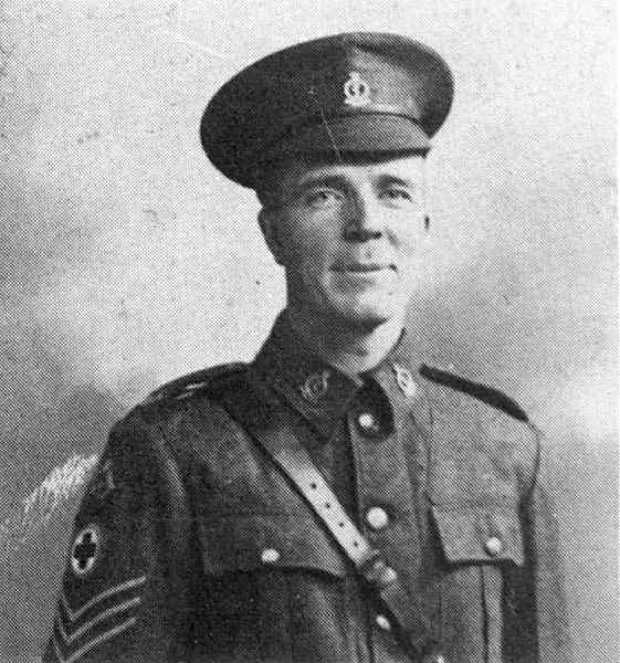 TSS Maheno, launched in 1905, operated as regular passenger ship primarily on the trans Tasman run between Australia and New Zealand. The TSS Maheno held the speed records for almost two decades. At the start of WW1, the TSS Maheno was chartered by the New Zealand Government, converted and named HMNZ Hospital Ship No 1. There was a second New Zealand Hospital Ship, the SS Marama which performed a similar function. Much of the medical equipment on board these hospital ships was funded by successful public appeals to the New Zealand people.

The first voyage of the TSS Maheno as a hospital ship was from 7 July 1915 to 1 January 1916, arriving at Anzac (Cove) on Gallipoli for the first time on 26 August 1915. The military records show that the TSS Maheno retrieved the injured of all nationalities, with most soldiers being Australians. From Gallipoli, the ship carried these soldiers to hospitals at Lemnos, Malta, Alexandria and Southampton before eventually returning to New Zealand with the most severely wounded from that country. From arrival at Anzac on 26 August 1915 until 8th October, it had embarked 2,350 cases of which 331 were New Zealanders. After Gallipoli the ship saw service between ports in France and Belgium carrying the wounded and dying from the major battles on the Somme and around Ypres. In total the TSS Maheno transported 14,361 sick and wounded soldiers. 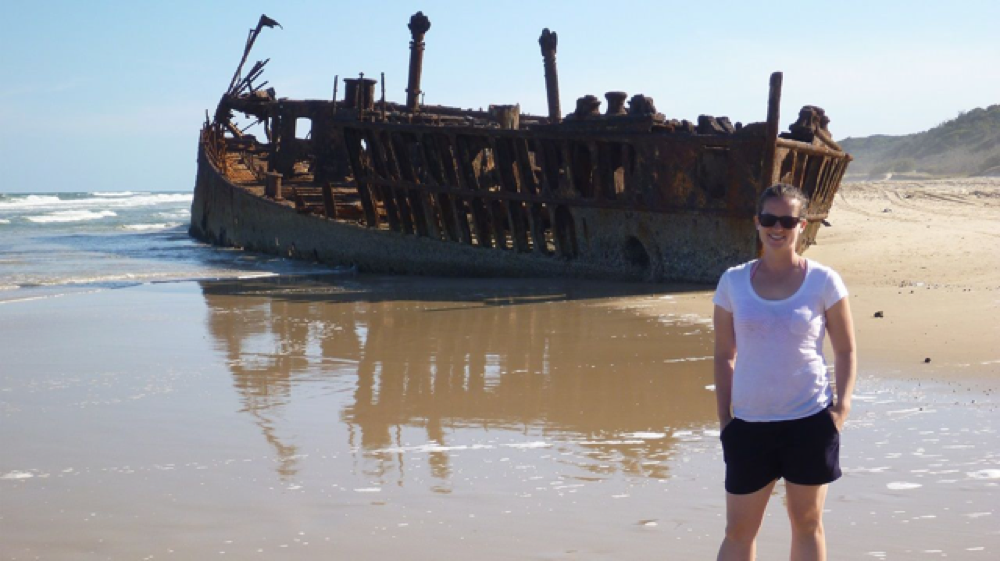 After WW1 the TSS Maheno was refitted as a passenger liner and returned to the trans Tasman run. As a result of a combination of the Great Depression and the better efficiency of the newer ships, she was laid up from 1931 to 1934 before being retired in 1935. The ship was sold soon after to a Japanese company for scrap metal. In July 1935 while it was being towed to Japan, a winter cyclone caused the tow line to break and the TSS Maheno was pushed onto the eastern beach of Fraser Island where, after several unsuccessful attempts to refloat the valuable hulk, it remains today. The TSS Maheno had one further use in a time of conflict - in WWII the wreck was used for commando training by the Z Force Commando (precursor to the SAS) and for bombing practice by the RAAF.

My personal link to the TSS Maheno is through with my paternal grandfather, Arthur Herbert Vivian Morgan. Known as Viv, he served as an “X-ray Specialist” on the Hospital Ship TSS Maheno during WWI. He is photographed below in uniform sometime during 1916. He held the rank of Sergeant and then Staff Sergeant in 2nd New Zealand Division Medical Corps. In a twist of circumstance, our daughter Briony is a Captain in the Australian Army Medical Corps.

I understand that Viv was given the medical corps posting on the TSS Maheno because as Director of The Waihi School of Mines in New Zealand, he would have been one of the few with experience in X radiation, used in the determination and analysis of precious metals. 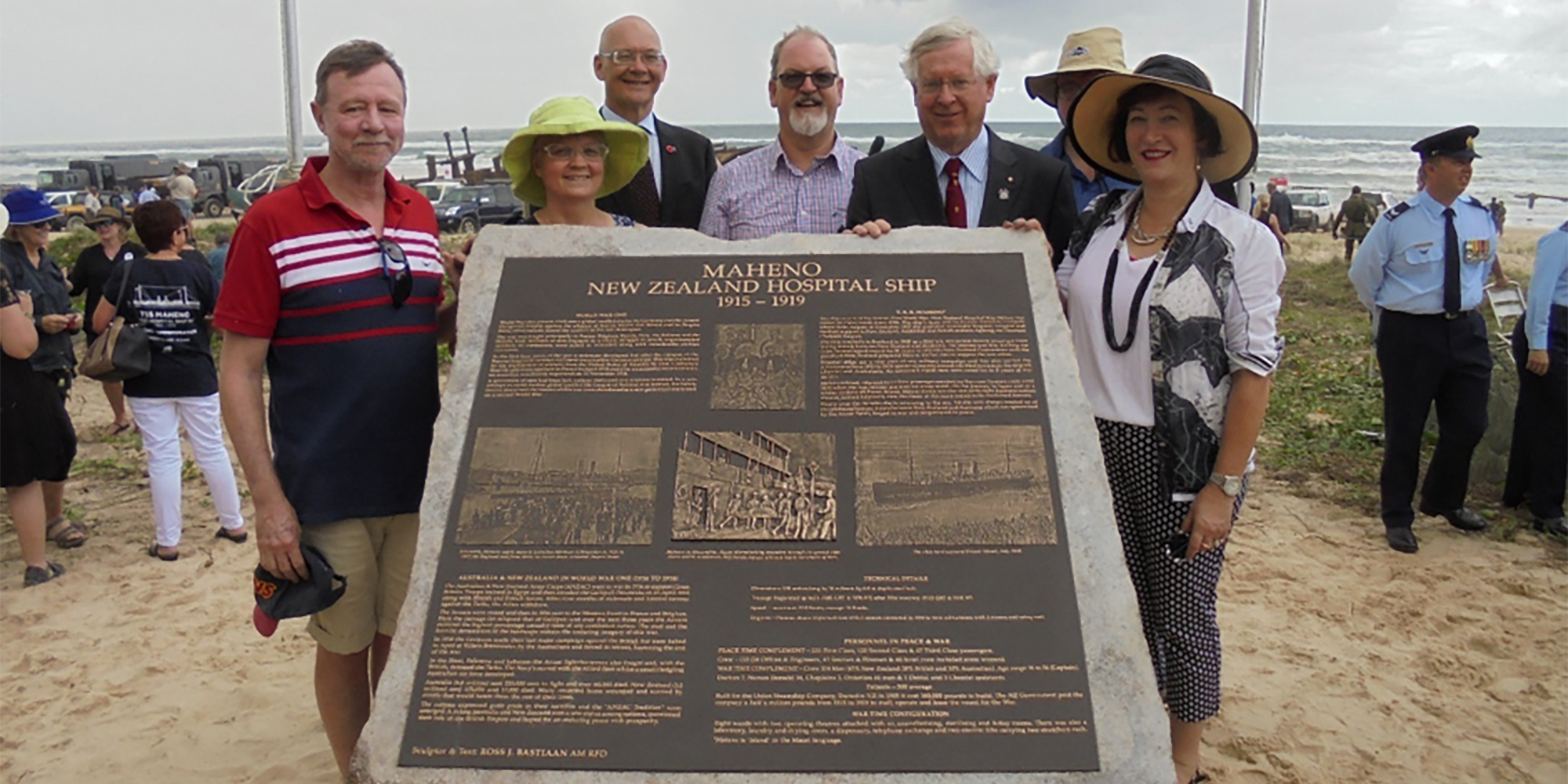 As a consequence of his service on the TSS Maheno, and like many others of his time, Viv contracted tuberculosis and died of the disease in 1946.

In 2015 the Faculty of Medicine, Dentistry and Health Sciences launched the Medical History Museum exhibition and publication Compassion and Courage, co-ordinated and edited by Dr Jacqueline Healy, Senior Curator of the Medical History Museum and the Henry Forman Atkinson Dental Museum at the University of Melbourne. At that event I passed on the story of the TSS Maheno to one of the guest speakers, Dr Ross Bastiaan. We both agreed that the record of the TSS Maheno was worthy of greater recognition. Contacts I had made in Queensland with the Brisbane High Rise Rotary Club (and in particular with Mr Russell Postle) were passed to Ross who then took the bit between his teeth. This culminated in production by Ross of a plaque recognising the TSS Maheno and the work that it and its crew had achieved. The plaque was unveiled at a service co-ordinated with the 2017 ANZAC Day service beside the wreck of the TSS Maheno. The service was attended by a number of dignitaries, including the New Zealand High Commissioner His Excellency Mr Chris Seed, The Hon Ted Sorensen MLA and many of the indigenous Butchulla community. The effort put into this fantastic outcome by Ross was itself akin to a military operation for over two years he and the Brisbane High Rise Rotary Club worked in co-ordination obtaining land right permission, stone mason contracts funding and organising a moving unveiling ceremony. 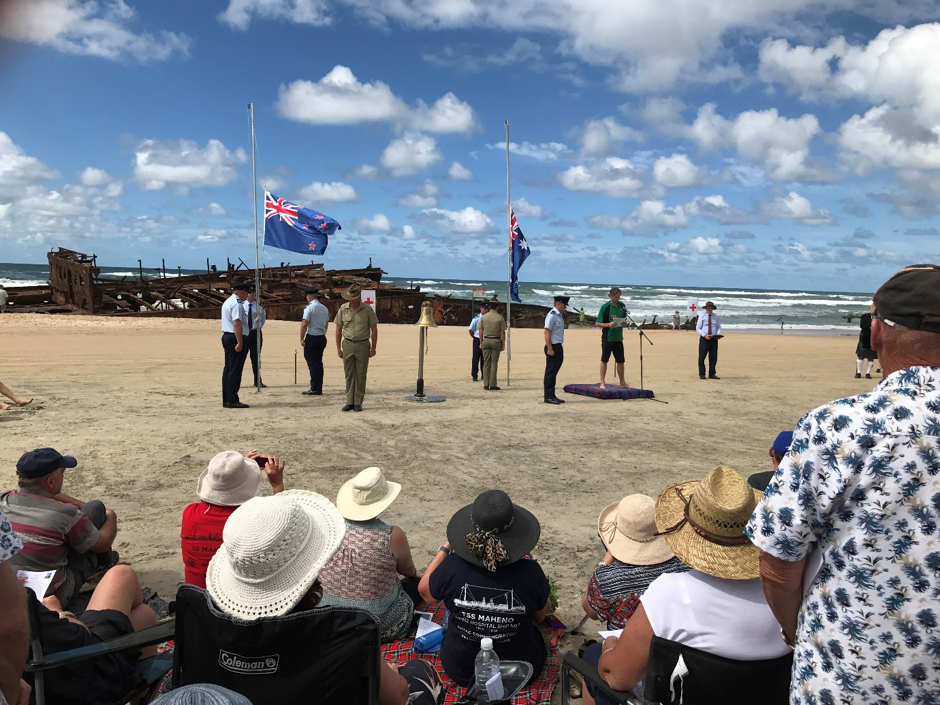 The unveiling highlighted a number of small but significant touches. The bronze plaque was placed on a piece of volcanic cooked sandstone sourced from the Maheno district of New Zealand (after which the ship is named) and transported to Australia by the Royal New Zealand Air Force. Children from the Maheno Primary School, together with their School Principal and parents, attended the ceremony and brought with them a copy of the original ship’s bell. They performed an admirable rendition of a Māori Haka which was matched perfectly by songs and dance from members of the Butchulla community.

The unveiling and the ceremony brought together descendants of the crew and of those rescued over the time the TSS Maheno served as a Hospital Ship. Obviously while none of us were there to witness the actual events 100 years ago, the stories from the ship passed down the generations have lasted and were shared on that day.

Finally a luncheon in recognition of the role of hospital ships and the personnel who served on them was held in conjunction with the unveiling of the commemorative plaque. To add poignancy, the menu replicated that of lunch from Christmas Day 1918 served to all those aboard the TSS Maheno.

The story of TSS Maheno and the service it provided in times of conflict is memorable. It is fitting that she, her crew and those for whom she provided a place of recovery and healing is permanently recognised in this manner, there for all to see in perpetuity.