Launch of the Centre for Oral Health Research

The University of Melbourne’s new Centre for Oral Health Research will to develop novel diagnostics, therapeutic and preventive oral care products to substantially lower the social and economic burden of the major chronic oral diseases. 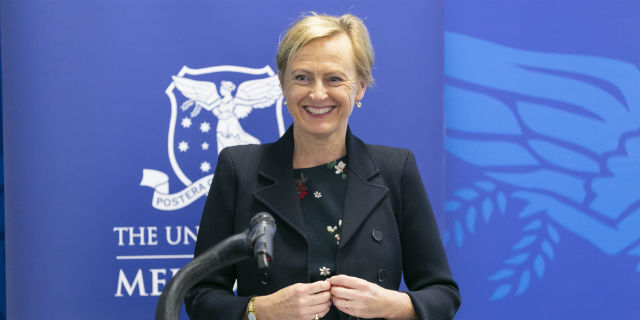 The Centre for Oral Health Research has now been formally established and launched by the University of Melbourne.  The Centre is an evolution of the Oral Health CRC and the CRC for Oral Health Science, which has long been supported by funding from the Australian Government through its Cooperative Research Centres Program. The CRC has also received support from the Victorian Government, CRC participants including CSL, GC Corporation, Mondelez and the University of Melbourne.

The Centre will be led by Laureate Professor Eric C Reynolds AO FICD FTSE FRACDS who is also a previous head of the Melbourne Dental School and the lead on the Pg vaccine research program. The new Centre for Oral Health Research will also continue to build on successful industry partnerships established under the Oral Health CRC.

Building on the technologies resulting from the Oral Health CRC, the Centre will develop novel diagnostics, therapeutic and preventive oral care products to substantially lower the social and economic burden of the major chronic oral diseases. It will also establish the link between those diseases and systemic diseases and conditions to inform government policy on population oral health and to promote better oral health in the broader community as well as in high risk groups. New areas of collaborative research will be developed through these systemic partnerships across the University of Melbourne Faculty of Medicine Dentistry and Health Science and with hospital based researchers.

Oral diseases are the most prevalent diseases of mankind and have a substantial economic and social burden.  The cost of treating oral diseases and disorders globally is US$298 billion per annum and in Australia is $8.4 billion per annum with the two major diseases being dental caries (tooth decay) and periodontitis (severe gum disease).  The full global economic impact of the oral diseases in 2010 was estimated at US$442 billion [J Dent Res 94:1355-1361 (2015)].  Over 25% of Australians suffer from caries and/or periodontitis.

The Centre also continues the work of the Oral Health CRC on developing a vaccine to treat chronic periodontitis.

Chronic periodontitis is an inflammatory disease of the supporting tissues of the teeth.  It is associated with detachment of the gum tissues and loss of surrounding bone, and ultimately leads to tooth loss.  It has been linked to an increased risk of cardiovascular diseases, Alzheimer’s disease, rheumatoid arthritis and other systemic disorders.  Moderate to severe forms of chronic periodontitis affect one in three adults, and the global prevalence of severe forms of the disease has been estimated at around 10%.