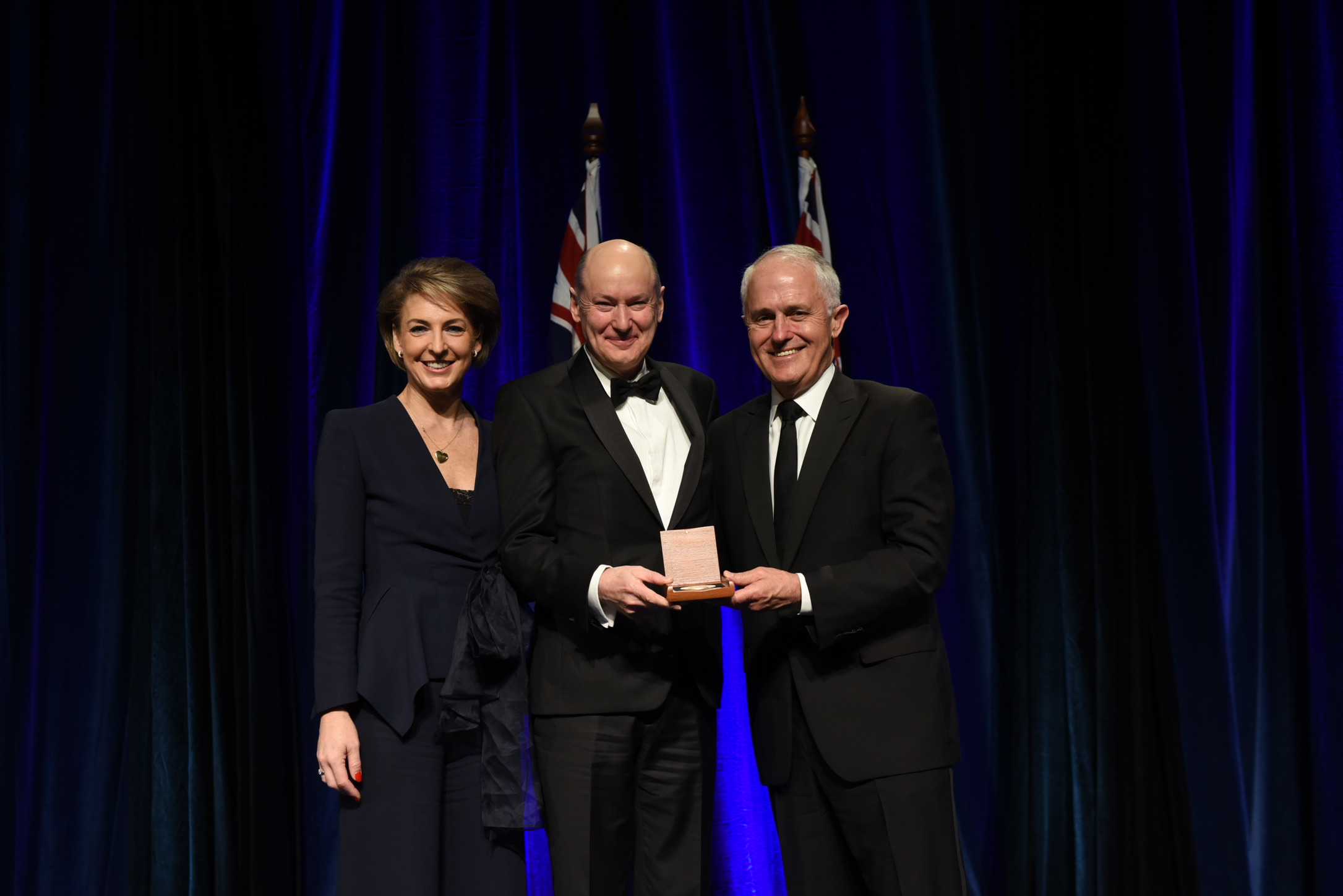 Professor Reynolds (BSc (Hons) 1972, PhD 1978), Chief Executive Officer of the Oral Health CRC at the University of Melbourne, was awarded the Prime Minister’s Prize for Innovation.

Each year, the Australian Government honours Australia’s best scientists, innovators, and science teachers through the Prime Minister’s Prizes for Science. Professor Reynolds has been recognised for his outstanding achievement in the translation of scientific discovery into globally successful products that prevent and treat oral disease.

The remineralising technology CPP-ACP developed from a dairy milk protein by Professor Reynolds and his team at the University of Melbourne is now sold globally as RecaldentTM and used by millions of people every day in chewing gum and oral health products. Products using RecaldentTM have generated sales of over $2 billion to date, and it has been estimated they have saved over $12 billion in dental treatment costs worldwide.

Professor Reynolds continues to lead research at the Oral Health CRC that is testing, improving and developing new RecaldentTM products. His team is also developing a therapeutic vaccine for the highly prevalent gum disease Chronic Periodontitis.