The Eve Landman Scholarship has granted Doctor of Dental Surgery student Clement Chang the freedom to pursue a career in dentistry. 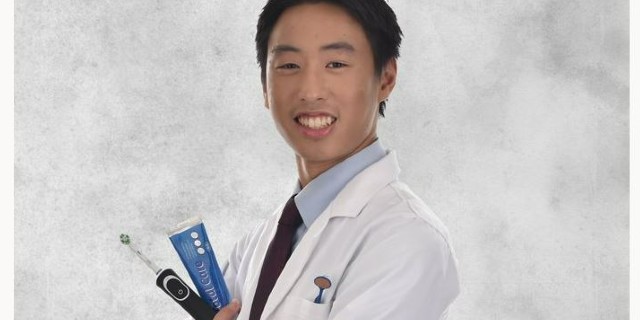 Clement Chang (BBiomed 2022) was part-way through a long pre-clinical session when he briefly stepped outside class to get some fresh air. He glanced at his emails and noticed a message from the Melbourne Dental School.

“I opened the message and couldn’t believe what I saw – I’d been awarded the Eve Landman Scholarship. I admit that I returned to class that afternoon and I couldn’t focus. I sat in my seat, stunned. I looked around me and for the first time there was a sense of certainty that I could finish my degree,” says Clement.

Clement completed a Bachelor of Biomedicine at the University of Melbourne and in 2022, he began the Doctor of Dental Surgery (DDS). But difficult family circumstances have meant that, until now, Clement has had to juggle his studies with supporting himself financially.

“I grew up in a tough environment with a lot of family issues. My parents were abusive and my sisters and I had to fend for ourselves. Police and court visits were part of my everyday life and I became accustomed to a life that was so different to all my peers. I had to help my family a lot as my older sister became the sole provider and that was difficult for everyone,” he says.

“When I came to Melbourne, I had no financial or family support and every dollar mattered – it still does. I have always wanted to do the DDS but many of my friends have wondered how I’d manage to finance it. I’ve learned to work and save and when my friends want to go out, I often turned them down so I could work instead. The worry of paying for my degree for the next four years has always been at the back of my mind.”

That worry was lifted when Clement was awarded the Eve Landman Scholarship this year. The Scholarship supports a single incoming Doctor of Dental Surgery or Bachelor of Oral Health student for the duration of their degree, to the value of $30,000 per year.

The Scholarship is in memory of Eve Landman (BDSc 1948), nee Weiss, who was born in Vienna in 1926 and fled the Nazi occupation of Austria in 1939. Eve arrived in Australia as a 13-year-old refugee. Speaking very little English at the outset, she worked hard to study dentistry at the University of Melbourne and graduated in 1948 with the John Iliffe prize for the top student. Eve died in 2016, at the age of 90, and the scholarship in her name helps students in financial need pursue a career in oral health or dentistry.

When he graduates, Clement hopes to gain experience and practise as a dentist overseas. The opportunity to work in Canada or Hong Kong and reconnect with extended family is an exciting prospect for him.

I appreciate the generosity of the Landman family so much – it has given me the opportunity to continue my dream. I hope that eventually, when I have established my own career, I will be able to show the same generosity to another young person.